MASTERING THE ART OF NETWORKING 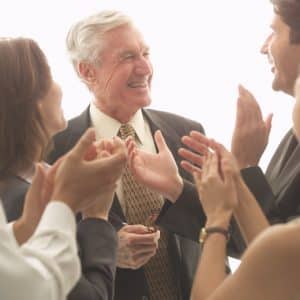 In business, do you do things for others before you do it for yourself?
You are at a trade show. You meet a “potential” franchisee who is brand new to the cruising industry. He wants your help in making a decision on whether to purchase a franchise or not…do you help him or go over to another cruise ship franchise owner who has made lots of money in the business and has a reputation for maximizing extensive growth and potential each year?

On the other hand, this potential franchisee introduced him to the group by saying he loves to travel. He has traveled wide and far for his company. He has been at his current job for over 25 years. He is looking to retire, but doesn’t want to just play golf, he wants to engage in some fun activity that not only makes him feel productive, but wants to do something where he can call his own shots, take off when he wants too, have low overhead and flexible hours, and could potentially make it a family affair.

You may think that success breeds success, and maybe you could learn a few new tricks on how to get your own franchise to the place you want it to be with this successful entrepreneur. On the other hand, you may have one person who wants to invest in the industry but needs more information to make his decision and is asking you for assistance.
It is a no brainer if you are a master networker. The “potential” franchisee just told you he was interested in entrepreneurship. However, here is what he did not tell you.

He worked for the biggest bottling company in the world. He had contacts all over the USA and foreign countries. He was a big company man who had his own company jet fly him to exotic parts of the world. He had influence with other big company men/women here and abroad. He had built a very comfortable lifestyle for himself through investments and hard work over the years. However, he was burned out. By nature a compulsive workaholic, but after years of working late for business, was ready to slow down. His family wanted him to slow down, life was short and they had sacrificed his lack of time for them, enough over the years, He earned a retirement. He earned a life without days, even weeks away from his family. It was time.

Here is the bottom line of networking.

All HIS contacts enhanced your business potential by two-fold.
All HIS experience in his travels all over the world and the contacts he made, were all your potential contacts too.

He is handing you the opportunity to sell him on the Cruise Planners/American Express Franchise and waiting for your input as to his possible decision in investing in the business himself.
He already sold himself; you just have to put the final changes on the product.

Self-sustaining business. Work from home. Family can be involved. Small investment, low overhead. Cruise himself and enjoy life with his family coming along. With all his contacts, he was sure to make a huge success out of his investment with people traveling all over the country and abroad. The “American Express” brand was obvious of the success of Cruise Planners or AE would not be endorsing them.

Fantastic! This will be the easiest sell you have ever had…all because you networked with the potential, not the mastered. Did you bring a contract with you?